With the near completion of the wall at the front of The Parochial, Ms. Lynch and the students marked the occasion by placing a time capsule in the wall. The children considered what to place in the capsule, something that would represent our time. If or when the time capsule is found, it is hoped that our contribution might tell something about the time we live in.

Many items were considered including game consoles, books, pictures and fidget spinners, however the students and teachers decided upon the mobile phone and smart phone. Ms. Lynch carefully wrapped a Nokia mobile phone and a Samsung smart phone in bubble wrap and placed it in a bottle which was then sealed. A laminated note was also included with the phones, explaining the project and wishing the people who find the capsule well.

Amelie and Alan placed the time capsule in the wall under the supervision of expert stone mason, JP. Hopefully the capsule will be safe there for the next centuries until the wall is knocked or falls down (which we hope will not be for a long time!) The students of The Parochial School know that perhaps in hundreds of years, when our smart phone and mobile phone are a thing of the past, they will have contributed to helping future citizens of Boyle understand our time.

For now, the question which is on our minds – what changes will have occurred by the time our time capsule is found? 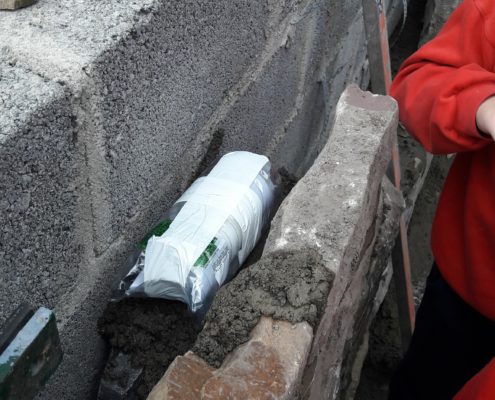 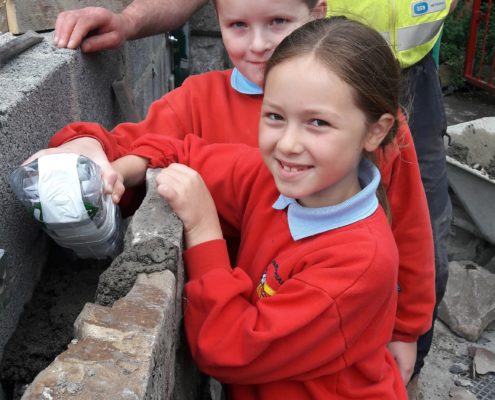 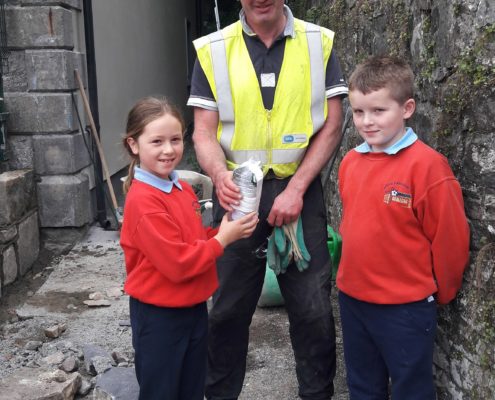 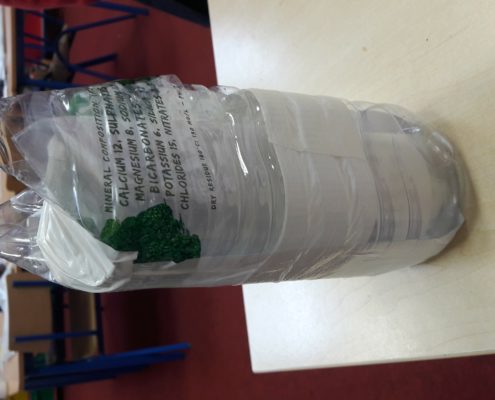 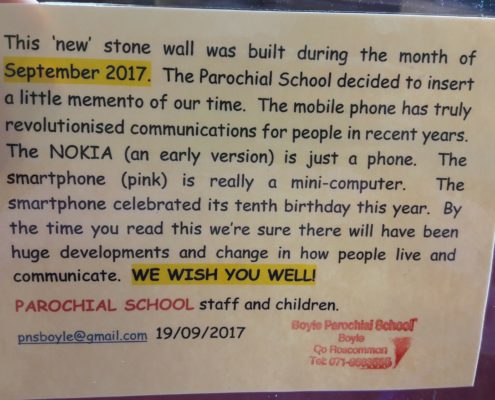